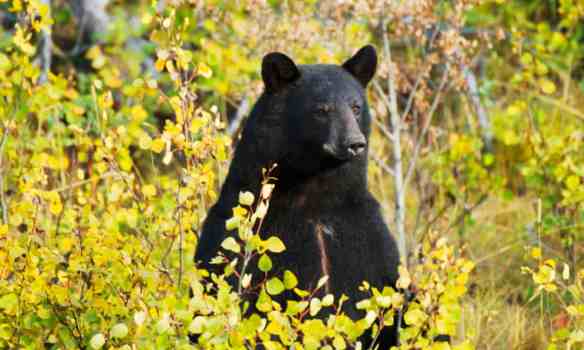 Casey Hathaway told family he hung out with a bear after he went missing near his grandmother’s North Carolina home. Photograph: Alamy Stock Photo

A three-year-old boy who survived two nights alone in the woods in freezing conditions has told police and family he was helped out by a friendly bear that was with him the whole time.

Rescuers responding to reports of a baby crying found Casey Hathaway tangled up in thorny bushes, cold and soaked but safe on Thursday night. He had gone missing on Tuesday in conditions so bad the subsequent search had to be called off.

As it turned out, help – perhaps real, perhaps imaginary but certainly useful – was at hand in those woods in North Carolina, a state that is home to plenty of black bears. Craven county sheriff Chip Hughes said Casey “did say that he had a friend in the woods that was a bear that was with him”.

The claim was reportedly repeated by the boy’s aunt Breanna Hathaway. “He said he hung out with a bear for two days,” Hathaway wrote in a Facebook post. “God sent him a friend to keep him safe. God is a good God. Miracles do happen.”