The USA women’s baseball team prepare to face Canada during the super round of the Women’s Baseball World Cup 2018 in Viera, Florida at USSSA Space Coast Stadium on Wednesday, August 29, 2018. (Cassi Alexandra for Longreads)

The moment the members of Team USA disembarked their plane in Orlando, their fears were realized. This was the first Women’s Baseball World Cup ever played on United States soil, and they expected to be ignored.

At the last World Cup, played in 2016 in South Korea, Team USA didn’t make it to the final round of the only competition they ever play in. But at least in Korea they had been acknowledged. More than that, they’d felt important and beloved, barraged by reporters’ questions at every turn and hounded by fans: fans holding handmade signs with sparkling lettering, fans who knew their names and numbers, fans who sent love notes down to the dugout in the middle of their games.

For every day of the past two years each woman had trained, practiced, and dreamed about playing baseball. According to USA Baseball, the members of the U.S. women’s national baseball team are among the top 20 players in the country, but here at home, almost no one knows they exist.

Before Team USA played Team Japan, the defending, five-time World Champions, on the first night of the tournament’s second round, a five-year-old girl threw a ball back and forth with her father just outside the stadium. She wore a glove, and he caught her lobs with his bare hands. She said she wanted to play baseball. Her father said “hell yeah,” he’d let her play. “If she wants to fight for it, I’ll fight with her.” But to play baseball as a woman in America, you have to be willing to fight your entire life, because at every phase, you’re set up to fail.

It’s no wonder when Team USA played Japan on the first night of the Super Round, they made a couple mental errors: a ball not thrown on a steal, a miscommunication at second base. They are a team in uniform, but not in time spent on the diamond. They haven’t been given the time or resources to become a team the way Japan has.

In 2009, Kenichi Kakutani, a wealthy Japanese business owner, invested heavily in women’s baseball in Japan after watching a baseball tournament for high school girls. He formed what would eventually be called the Japanese Women’s Baseball League (JWBL), a tiny, four-team league that has made Team Japan an absolutely dominant force, taking gold at every WBWC in the past decade. Because more than 25 private high schools in Japan had women’s baseball teams, the talent was there to fuel the league, and the league itself encouraged more private high schools to start teams.

U.S Federal courts have ruled under Title IX that baseball and softball are separate sports and that girls cannot be excluded from baseball teams just because a softball team exists at the same school. Softball is played on a smaller field, with a different ball, and different rules. In softball, runners cannot take a lead off bases. With a runner firmly on base, an infielder has to change her entire job, watch the pitcher for a throw-over, watch the runner for a steal, maybe even change her positioning. Without lead offs, there are far fewer steals, no balks, and far less nuance. “People come up to me and tell me on a daily basis that I should switch to softball,” Sementelli says. “You have to be the only girl on the team, or you have to switch to softball. It takes a lot for a little girl to fight to play on the big field.”

Let’s say a young girl is willing to face all those battles and she wins. She plays varsity baseball in high school, loves the game. Maybe she even gets to attend the new Trailblazer series for women. “We have seen tremendous success in getting young men who have participated in our Breakthrough Series to play collegiately and so we wanted to apply the same approach for young women,” MLB’s Reagins says. There are no women’s baseball teams at any level of the American college system.

If a woman can reach the college level, she often can’t afford to fight her way onto a men’s team. Anna Kimbrell, a catcher for Team USA, played baseball through high school but switched to softball in college because she was offered a big scholarship to play. She returned to baseball after graduation. “You have to be pretty stubborn to refuse to play softball,” Ring says. “If you’re being rational and you want a college scholarship, it’s softball.”

Most of the women on 2018’s Team USA won’t get to play again until the next World Cup in 2020. Underwood, at 37, is still deciding whether or not she’ll keep playing. They will return to their lives and their real jobs. They will dream about playing on the diamond again and wake up disappointed. Each year, thousands of girls will switch over to softball, or quit playing the game entirely because no one has made a path for them to go forward.

Nicoleta Bolos and her baby daughter in Ragusa province. Photograph: Francesca Commissari for the Observer

Every night for almost three years, Nicoleta Bolos lay awake at night on a dirty mattress in an outhouse in Sicily’s Ragusa province, waiting for the sound of footsteps outside the door. As the hours passed, she braced herself for the door to creak open, for the metallic clunk of a gun being placed on the table by her head and the weight of her employer thudding down on the dirty grey mattress beside her.

The only thing that she feared more than the sound of the farmer’s step outside her door was the threat of losing her job. So she endured night after night of rape and beatings while her husband drank himself into a stupor outside.

“The first time, it was my husband who said I had to do this. That the owner of the greenhouse where we had been given work wanted to sleep with me and if we refused he wouldn’t pay us and would send us off his land,” she says.

“I thought he was crazy, but when I refused, he beat me. He said I had to do everything our boss told us to do – it was the only way we could keep our work. When my employer came, he threatened me with a gun. He told me that if I moved he would blow my head off. When he finished he just walked away.”

The next morning Bolos was back at work, crouching beside her husband in a sweltering greenhouse, tending and harvesting the produce that has helped make Italy the biggest grower and exporter of fruit and vegetables in Europe. The province of Ragusa is the third-largest producer of vegetables in Europe.

During her time on the farm, Bolos says, workers were given scarcely habitable accommodation, fed cat food for their evening meal and were refused medical treatment. At night, Bolos and the other female Romanian workers became entertainment for the farmer and his friends, repeatedly raped and abused over many years.

“When I came here I thought I was coming to a hard but decent job in another European country, but we ended up as slaves,” she says.

An Italian migrant rights organisation, the Proxyma Association, estimates that more than half of all Romanian women working in the greenhouses are forced into sexual relations with their employers. Almost all of them work in conditions of forced labour and severe exploitation.

Police say they believe that up to 7,500 women, the majority of whom are Romanian, are living in slavery on farms across the region. Guido Volpe, a commander in the carabinieri military police in Sicily, told the Observer that Ragusa was the centre of exploitation on the island.

“These women are working as slaves in the fields and we know they are blackmailed to have sex with the owners of the farms or greenhouses because of their psychological subjugation,” he says. “It is not easy to investigate or stop this from happening, as the women are mostly too afraid to speak out.”

Eliza, a 45-year-old Romanian women, told the Observer that she felt she had no choice when her new employer pulled her into a shed on her first day at work.

“I tried to run away but he told me clearly that if I did not do this I would have to leave,” she says. “It had been months that I had been out of work. I realised that if I wanted to stay in Italy I had to accept this.”

Attempts to raise the issue in the Italian parliament have floundered. In 2015, MP Marisa Nicchi launched a parliamentary inquiry into slavery among Romanian workers in Ragusa and asked the prime minister to launch an investigation.

“Two years on and the Italian government has yet to take any action,” she says from her parliamentary office in Rome. “But we will not give up. These crimes must stop.”

In Ragusa, local politicians say that they are trying to provide services to Romanian workers facing abuse. Giovanni Moscato, who last June became mayor of Vittoria, a town in the west of Ragusa province, said the exploitation was persisting because too many economic interests were being served at present, but that the city was opening a hostel to shelter Romanian women fleeing violent employers.

Since returning to Italy, Nicoleta Bolos has met a Romanian man and had two other children. She reported her previous employer to the police, and the man was charged with labour exploitation but his case has yet to come to trial.

Read the complete article on The Guardian newspaper web site. 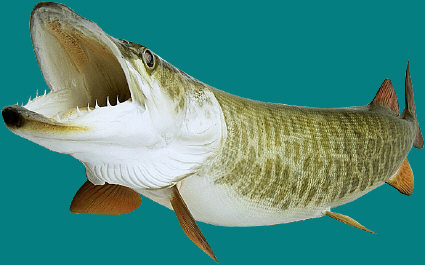 “We found that flaccid penis size had a significant influence on male attractiveness,” concludes the study that was published Monday in the Proceedings of the National Academy of Science.

Biologist Brian Mautz said he came to the study through curiosity over the evolution of male genitalia. Compared to other male primates, human endowment is generous.

“Another project I was on, looking at female preferences in genital size in fish, showed that females actually do discriminate in males before copulation even begins,” Mautz said. “That potentially influences genital evolution.”

You may read the complete article on CBCNews here.

Get it at Apple